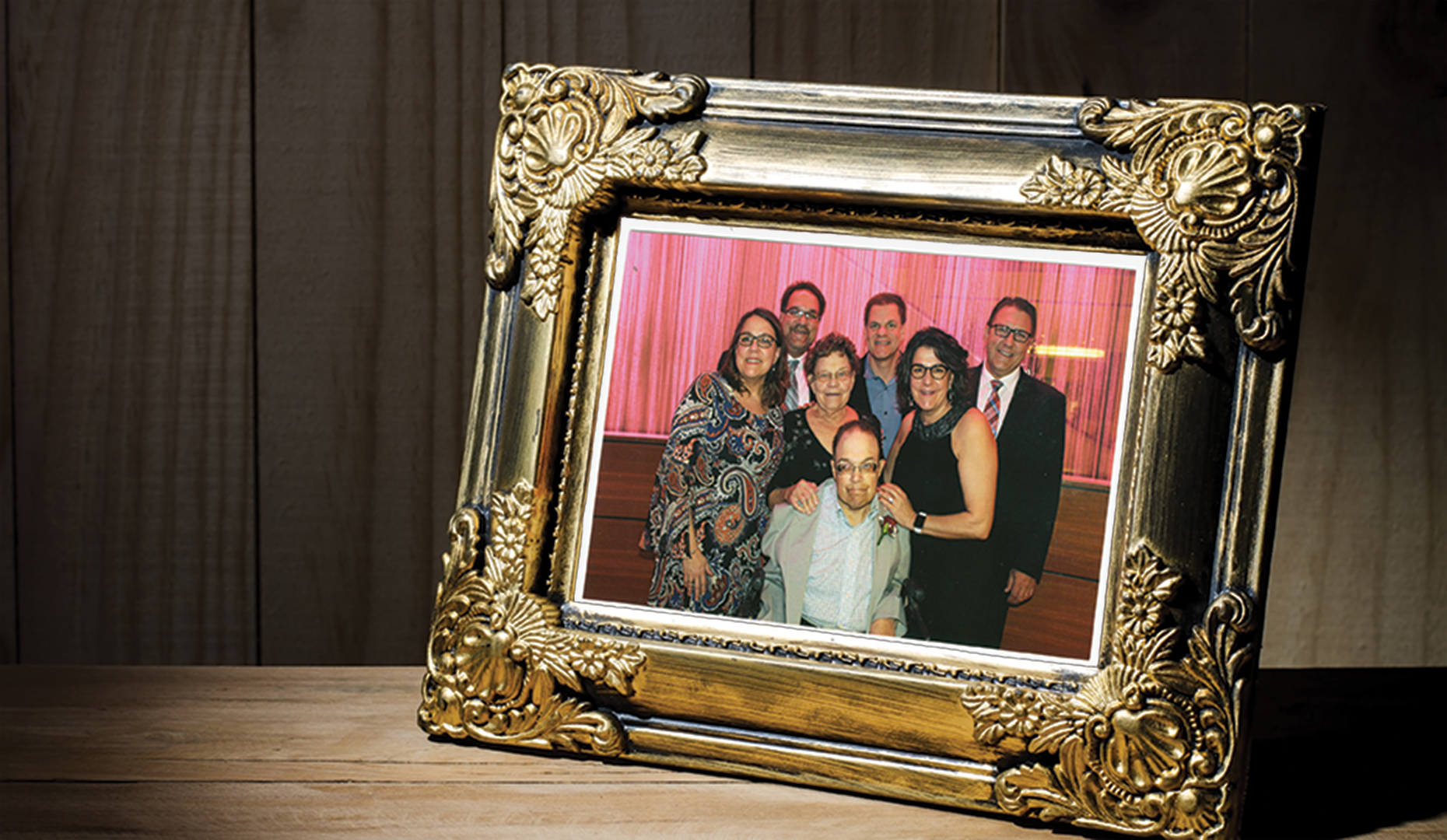 The Cekola siblings of Kalamazoo are growing the family business(es).

The Cekolas are not what you’d call a typical family. And they know it.

“Everyone looks at us like we’re weird,” laughs Bill Cekola.

If you’re from Kalamazoo, you likely know, or know of, the family. In the off chance that you don’t know them, perhaps you’re familiar with their businesses? They include include Imperial Beverage, Jac’s Cekola’s Pizza, and Chocolatea. You see, what makes the Cekolas atypical is their veritable business empire.

“People say we’re a strange family because we get along, work together, and are partners,” explains Bill.

But Bill and his five siblings are not “partners” in the traditional sense. For the most part, they own and operate their businesses independently. However, they all have one big thing in common: the influence of Big Joe, their innovative, entrepreneurial father who was deeply devoted to his family and to Kalamazoo.

Three generations of Cekola’s have started and owned businesses in the area, beginning with Rose and Nicholas Cekola in 1925. They opened Cekola’s Grocery on the corner of North and Gull roads and passed it down to their son Joseph “Big Joe” Cekola. When Big Joe took the reins of his parents’ grocery in the 1960s, he transformed the little Italian shop by adding innovations such as chicken wings and home delivery of classic Cekola’s pizza.

“He was doing chicken wings before they were a thing,” says Joe, Big Joe’s third-eldest son.

“And he was delivering pizza way before Domino’s thought about it,” Bill adds. “On slow nights, he would even put pizzas in the back of his old International truck and drive around, knocking on doors. He was very entrepreneurial and worked hard, so he would always find new things to try.”

But that was just the start for Big Joe. With his next venture, he left his day job at the local paper mill to become a full-time business man.

He purchased a huge hall on Portage Road and converted it over the course of years to include nightclubs, bowling alleys, a billiard hall, a roller-skating rink, and a restaurant. He moved the Cekola’s pizza operation to the hall as well. The “Front Door, Back Door,” as it was called, is the place where his children first became involved in the family business.

“We have memories of walking there after school at Saint Augustine’s,” says Polly Cekola. “We would work at the bar, cleaning, stocking, making soda, and counting change. It wasn’t an option not to work for the family.”

Big Joe continued to acquire new businesses—and make them successful. Between 1970 and 1980, he opened seven more, including more night clubs and restaurants, a coffeehouse, and a pool hall.

Then it happened. On May 13th, 1980, a tornado flattened downtown Kalamazoo. In only twenty-five minutes, five people were killed, seventy-nine were injured, and over fifty million dollars in total property damage occurred.

“He lost everything,” says Bill. “It was devastating.”

“At the time, he said he was done,” adds Polly, “He just wanted to keep Cekola’s pizza and make it more family-focused.”

Big Joe’s teenage night club, The Light Factory, had escaped major damage. It became Star World, a place for families to play video games, host birthday parties, and eat Cekola’s pizza. When Big Joe had the opportunity to buy West Michigan Beverage in 1982, he gave his young-adult kids their first taste of business management by putting them in charge of Star World.

“We had seven really good years,” says Bill. “But when video games hit the home market, things started falling off.”

Around this time the Cekola kids started going different ways. Though some went to school or moved away, they never strayed far from their roots.

Big Joe passed away in 1994, at the age of 62, but his legacy is carried on by his six kids. Some of them took over his businesses, others started their own, and most have remained in Kalamazoo. Many of their own children and other family members are involved in the family business as well.

About: West Michigan Beverage, purchased by Big Joe in 1982, evolved into Imperial Beverage. In 1994, his son Joe took over the business.

“When we first started, we were by far the smallest wholesaler in Michigan. Out of 220 beverage wholesalers, we were ranked 219th!” he says. “We had to be more innovative, and we had to listen closely to our customers.”

By adopting wine and microbrews early on, the business grew rapidly. “People would laugh at us, and say: ‘Why are you picking up all that weird beer?’ My competitors actually had a nickname for me: ‘Weird Beer Joe’.”

Thanks to his leadership, Imperial Beverage has steadily grown for the last 25 years and was even named Craft Beer Distributor of the Year in 2010. The company has won many other notable awards, and, in Joe’s words, “started a thing called Kalamazoo Beer Week.”

Today, Joe is President, and his younger brother Larry is Vice President of Sales and Marketing. Many other Cekola family members are involved in operations as well.

About: The only one of Big Joe’s children not located in the Kalamazoo area, Terry took a different path from her siblings in the 80s. Working with the international non-profit Up with People, she traveled the world and then was relocated to Colorado. When the non-profit suspended its operations, she opened Elite Brands of Colorado, a distributor of fine wine (and now beer and spirits, too) in 2003.

“Terry always had the drive to start her own business. Talk about a risk taker! She started really small, with three employees, including her,” says Polly.

“Terry jumped all in,” adds Bill.

With brother Joe’s guidance from the start, Terry grew her business from under a million dollars in sales the first year to over 30 million in 2016. Sister company to Imperial Beverage, Elite Brands of Colorado is the 2017 Craft Beer Wholesaler of the Year.

Chocolatea & The Pantry on Tap Oil and Vinegar

About: “I opened Chocolatea in 2008 because I had a passion for tea, and the drive to own a small business,” says Polly. “I wanted to have a small retail store with a little café, so that’s what I did. Dad would have been proud, and I know he would have had a cup of tea with me.” The shop carries a wide range of teas, coffee, and desserts.

Polly opened The Pantry on Tap Oil and Vinegar in 2015, in the same shopping center. “I needed more space, and wanted to sell spices, herbs, oils, and vinegars. Oil and vinegar were so nostalgic for me; it just felt right,” she says.

About: When Star World closed in 1991, Cekola’s pizza was no longer available to the public.

Bill and Kellie, with help from their children, opened Jac’s soon after. Alongside pizza, Jac’s serves other authentic Italian foods and a large selection of beer and wine. Why “Jac’s”? Their father, Joseph Anthony Cekola, used to sign his name J.A.C.

About: Star World still exists, though no longer as a family entertainment center. In 1984, the Cekola’s started taking the games from inside Star World and putting them on location in bars, theaters, restaurants, and other facilities. “We probably have 900 games located throughout the state of Michigan today,” says Bill. They sell and rent games for commercial or home use, put games in location, and also repair and collect them.

Along with an entrepreneurial spirit, Big Joe instilled a devotion to family and Kalamazoo in his kids.

“Their dad was very active in the community,” says Bill’s wife, Kellie. “A lot of it was behind the scenes, but taking care of family and community was important to him. That’s what we wanted to do with our businesses.”

Big Joe grew up in a tight-knit Italian community in downtown Kalamazoo, where the neighbors took care of each other, and families stayed and never moved.

“This was my dad’s community. He cared so much for it and wanted to see it grow. He took care of it, and it took care of us,” explains Polly. “This is home!”

The rest of the siblings agree.

“It’s a sense of family that doesn’t exist anymore,” adds Kellie. “Terry, who lives in Colorado, is even back here all of the time. No one has a desire to leave.”

The closeness of their family and community has also played a role in the success of their businesses, the Cekola siblings say.

“We support each other, but we don’t step on each other’s toes,” says Joe.

Though they aren’t afraid of saying what they think.

“We’re open and honest; we just say it,” adds Joe. “If Polly doesn’t like something, she’ll just tell me, even if she knows it won’t change my final decision.”

It helps to have someone who keeps them all on the same team.

This is where the sixth Cekola sibling, Nick, comes in. The eldest at 58, Nick was born with Down syndrome.

“He’s truly the glue of the family, and what has kept us together,” says Polly. “He’ll call and ask if we’re busy. He worries about everyone, and just has a huge heart.”

Nick lives with their mother, Dolores, who the siblings also describe as the pillar of the family.

When doctors recommended that Nick be institutionalized as a child, as was the norm for children with Down syndrome at the time, Big Joe wouldn’t hear it.

“Dad’s passion was to keep Nick at home,” says Bill. “It was difficult, but Nick was part of the family. He and dad were inseparable; they did everything together.”

“Dad took him to work every day. He was just as active in the community and businesses as everyone else was. He still works at Jac’s, and at Imperial,” adds Kellie.

“He’s worked at Imperial longer than me!” laughs Joe.

In the end, watching their father care for family and community has inspired a similar approach to business for all the Cekola siblings.

“Our mission is to take care of our employees and our community,” says Joe. “And when they succeed, they help us succeed.”

“We all see it similarly because of dad. He gave people opportunities, gave them jobs, and gave them the shirt off his back,” adds Bill. “He did it so naturally, and I think we learned from that.”

While that may add to the peculiarity of their family business, they’re okay with that. 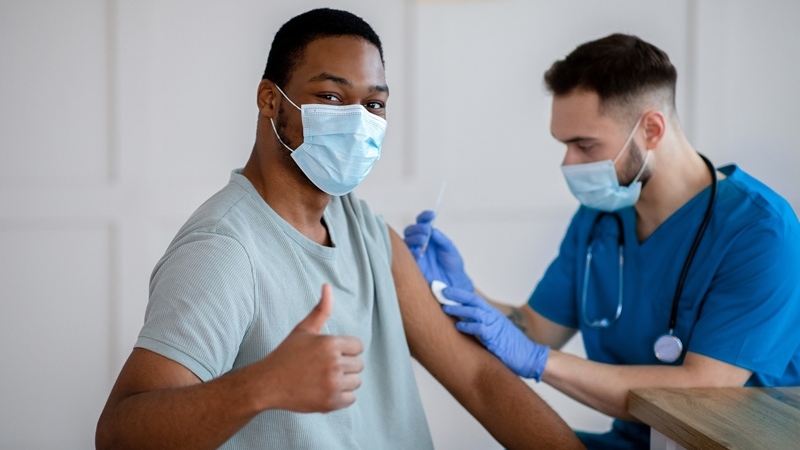 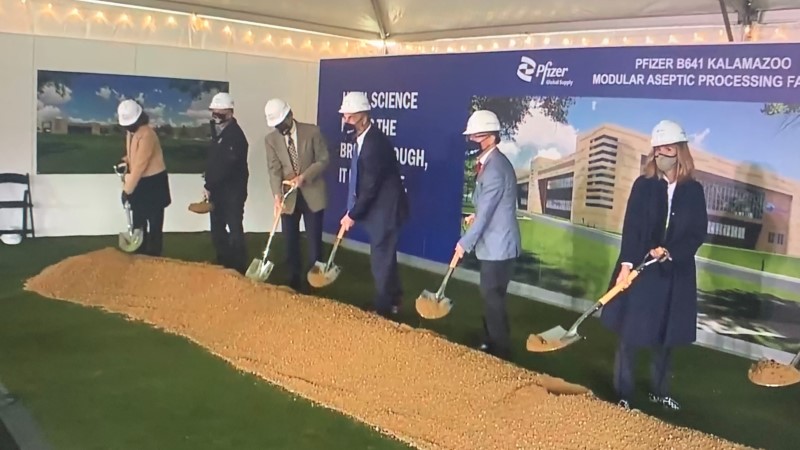